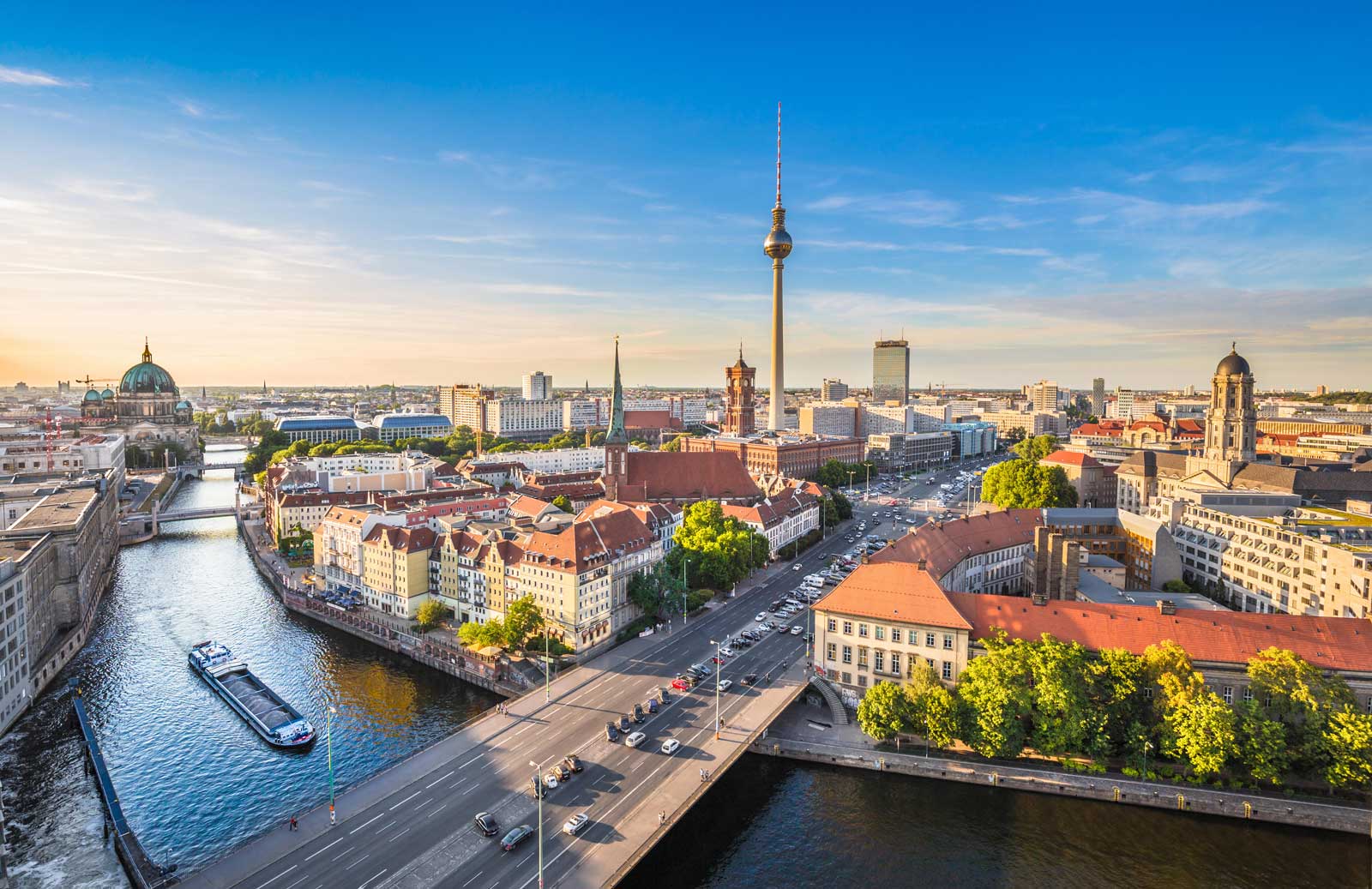 Real estate investment in Germany: many advantages in terms of costs, security, quality, tax and diversification.

Our service is dedicated to Germans and all other citizens who wish to invest in Germany, whether to enhance and protect capital, for tax reasons, with a view to generating a return or for a choice of first or second home.

From a geographical point of view, our main area of intervention is located in Berlin, and in the regions of Brandenburg, Saxony (Dresden, Leipzig, Görlitz, Chemnitz) and Sachsen-Anhalt (Magdeburg, Halle). However, we regularly accompany clients to other regions such as Bavaria, Baden Württemberg and North Rhine-Westphalia.

6 good reasons to invest in real estate in Germany

1st European economic power, 4th world economic power, 2nd world trade surplus (+228 billion €) behind China in 2018, 1st current account surplus (+260 billion €) a public debt that is reducing every year due to public account surpluses (+58 billion € in 2018, very largely 1st in class in Europe, where almost all countries are in budget deficits). There is no doubt that Germany is reassuring and attracting capital and, despite the risks of a trade war that would affect world trade, Germany has plenty of room to boost its economy through public investment spending or tax cuts.

The country had long since wiped out the negative effects of the 2008 crisis without resorting to public debt. It is living below its means, since its combined trade and budget surpluses represent nearly 9% of GDP (compared with a 5% deficit for France). Its economy is not based on the consumption of products that are not produced, but on the export of high-end products. Moreover, Germany is the European Union country with the highest number of patents (2.5 times more than France). The strong cooperation between the worlds of business, education (with the predominance of work-linked training) and research institutes maximizes efficiency in the development and marketing of these patents.

Given the financial situation in Europe, the risk of an explosion or split of the Euro zone over the next 5 years cannot be excluded: in such a case, and in view of the differences in public deficits and trade balances between Germany and most other Euro zone countries, such a situation would de facto lead to a revaluation of the new German currency against the others, probably in a proportion of between 20 and 50%. An investor resident in another European country would therefore see the value of his property investment and rental income rise in the same proportion in his local currency.

“Germany is undoubtedly the country in Europe where the quality of goods / price ratio is the best.”
– Fabrice Alvaro

Germany is probably the country in Europe with the best quality/price ratio.

The audit firm Deloitte in a May 2019 study notes that it takes the equivalent of 8 years of an average gross salary to afford a new 70 m2 home in France and even 9.8 years in the UK. These figures fall to 5 years in Germany, 5.8 years in Italy and 6.3 years in Spain.

In addition, property purchasing power (salary/housing price ratio) is much higher there than in France or the UK. For example, in Munich, where salaries are about 25% higher than in Paris, real estate is cheaper; in Hamburg, where salaries are comparable to those in Paris, prices are about twice as low; in Berlin, the capital of economic and cultural renewal, prices are 2 to 3 times lower than in Paris.

This price factor is, in our view, very important: not only does it ensure a promising future in terms of yield and capital gains, but it also constitutes an important bulwark against the risk of no longer being able to rent out one's home, rent it cheaper or sell it at a loss, should a serious economic crisis affect Europe: from this point of view, the notion of real estate purchasing power is very important, and Germany seems to us to be the country that offers the most solid guarantees.

A France-Germany Double Taxation Treaty makes it possible to declare German real estate income in Germany and thus to benefit from an average and marginal bracket which makes the progressiveness of the tax less painful.

The German citizen is distinguished by his sense of civic responsibility, which can be seen, for example, in the cleanliness of public places, a pragmatism that makes it possible to avoid conflicts, both within companies (cooperation between trade unions and employers with the aim of achieving the best performance for the company, and therefore the employees, in the long term) and in private relations and business (conflicts between tenants and owners in the field of residential property are fairly rare). Private property is respected and bad payers are sanctioned and registered (via the SCHUFA, which has significant negative knowledge about the future life of people with a poor rating). In short, German society does not like bad payers and punishes them harshly.

Personal security in Germany is high; last but not least, in terms of quality of life, German cities are among the most popular in the world, along with Swiss cities, according to the 2018 ranking of the international law firm Mercer.

Germany is known for the legal and fiscal security it provides to investors: it is worth noting the low frequency of changes in the rules of the game, which generally speaking are long-term in nature.

There is little state intervention. This point is similar to the previous one. It also partly explains why the real estate bubble spared Germany.

We offer you investments in commercial real estate in Germany. These opportunities can be found all over Germany.

In order to offer you the best investment opportunities, we have a network of contacts:

See the offers
In the press